Showing posts from January, 2010
Show All

The Age Of Innocence

The Nags Head used to reside at the corner of Barlow St and The Rock. It was a compact little boozer that you would pass on the way into Bury centre. It was here that I first flew solo and ordered a pint of beer. I knew nothing about beer, other than I had tried some once and been nonplussed by it. Still, I was aware that pubs and beer seemed to be an important component of life and so had determined to give them a fair try.

Thus it was, on passing the Nags one balmy autumn day; I took a deep breath and breached its mysterious borders. Drawing myself up to my full height, I stood tall at the Tap Room bar and ordered a pint. The barman, having given me a sceptical once-over, then threw my carefully laid plans into disarray. He asked me if I wanted Bitter or lager?

How was I to know there were different types of the damn stuff? And what was the difference between the two? Having pretended to give it some thought, I ended up blowing my pocket money on a half of each. 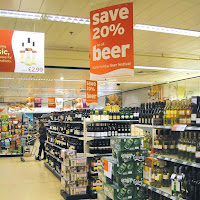 More ammunition emerged today to bolster the fight against the neo-prohibitionists. Now, we’re always being told that supermarkets are selling booze to the unwashed masses at ever decreasing prices and that there are far too many drinks promotions. But is this actually true? The answer-inconvenient as it may be to the neopros-is actually no.

According to industry bible, The Grocer, supermarkets are giving less room to alcohol promotions and prices are actually rising. Last January, alcohol promotions accounted for some 26% of all supermarket offers. One year later and this has fallen to 22%. Asda is leading the trend with a dramatic reduction from 27% to 13%. Apparently fresh food is the new Stella, with fruit, vegetables, fresh meat and dairy expanding to fill the space that drink deals used to take up.

And it gets even worse for the miserable gits of the neopro lobby. Research commissioned by the magazine shows that despite heavy seasonal promotions on drinks, the top-selling brand…
7 comments
Read more

Call Of The Wild

January 22, 2010
Thanks to my Aotearoan contact for alerting me to the latest moral outrage that has apparently broken out in the land of the hobbits. Seems Air New Zealand have put a few noses out of joint with their latest advertising promotion. This is centred round the theme of “cougars”. They are, for anyone not down with the groove, women over 40 who sexually pursue younger men. Add ten years and it sounds like a typical Sunday night in Bury-so I’m told.

Anyway, Air NZ are running a competition for women aged 35+ who “prefer their meat rare”. By sending in a picture of themselves out on the town with their “cub”, they stand to win a free flight and tickets to next month's Wellington Sevens rugby tournament. Naturally I’m appalled and sickened by the whole thing. But if there is a wrinkly out there (with her own teeth) who fancies a chance of a break in the Land of the Long White Cloud...

What has really divided opinion is the TV advert that accompanies the campaign. Several women’s rights g…
3 comments
Read more

Every Silver Lining Has A Cloud 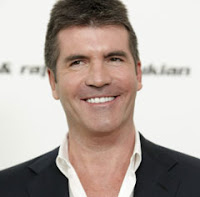 Memories Are Made Of This

Bury Archives new online service has furnished me with two photos of particular personal interest. Both of these featured pubs having been on my street. And that’s about as local as it gets.

This picture is of the Fernhill circa 1978 and is just how I remember it. It was the second pub I ever bought beer in and was often the first port of call on a Friday night crawl. It was never any great shakes as a pub, but served a regular and loyal clientele. I remember my father, at one time, used to go in regularly once a month to catch up with a friend. This friend, despite living locally, used to insist on driving there and back in his Hillman Minx. Sometimes, being too drunk to do so himself, he was driven home by my father. Quite a feat for someone who never possessed a driving license.

There were several problems over the years. Not so much with the nearby gypsy site (the guy in charge was called a gypsy warden, so they were indeed officially gypsies), but rather “travellers” who invariab…
3 comments
Read more

Most Unmanly Excuse For Leaving The Pub That I Overheard Yesterday

January 12, 2010
“I’m in Ladies Shaping Knickers in M&S”. And no, because someone did ask, it wasn’t Tandleman. I see him more as a flannel nightie man, myself...
8 comments
Read more 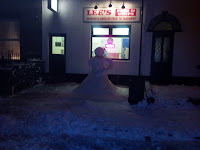 What’s the problem with a little bit of snow? You’ve got the BBC panicking everyone by mixing up centimetres with inches and the papers crying that the end is nigh. It may be the worst for 30 years, but does everything really need to come to a halt?

After all, Bury is a thriving metropolis. I could understand it if it was a little backwater like, say, Middleton. But still, snow panic had set in by yesterday afternoon. Shops were closing left, right, and centre. This despite the fact that buses had-once they realised it was just snow-started running again. We counted buses coming and going from the four exotic corners of the world: Radcliffe, Tottington and Little Lever. Even the tiny hamlet of Cranford, I mean Bamford, was being served.

Initially I was untroubled by the closure of shops and the shutdown of the local authority services. If people can get (paid) time off, so much the better for them. However, there was a dark side to this phenomenon as we shall see.

If You Can't Beat Them 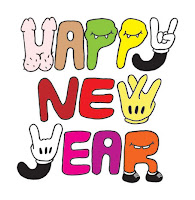 Seeing as everyone else has done it and as we usher in a new year, I have decided to unveil my eagerly awaited awards for 2009.

Best Pub/Bar: Wherever I lay my hat.

But let’s not forget it’s actually the end of the decade (well it’s not really, but let’s not be pedantic), so I think a review of the Noughties is in order.