Dance Of The Cuckoos

February 15, 2010
There are several things people associate with Camra: real ale, beer festivals and most notably, the Good Beer Guide. Now the great unwashed are mightily mystified as to the process by which pubs get to appear in the GBG. Take that most famous of pubs, the Marble Arch in Manchester. A boozer so well known that even Southern Jessies have heard of it. But just how does it make its way into the pages of the beer drinkers’ bible?

Well, earlier this week, in the name of investigative journalism and at no little risk to myself, I decided to find out. The location-a secret crypt deep beneath the streets of Salford. Gathered there within were the Camra Illuminati. Chaired by Beige Phil, it would be these select brethren that would decide the fate of the Marble Arch amongst others. 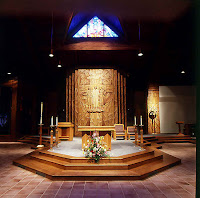 From my hiding place under the sacrificial altar, I could see that most members wore ceremonial robes and masks based on the signs of the zodiac. One notable exception was their Grand Wizard, Deathly Hallows. Sat at Beige Phil’s side, he had abandoned his usual Florence Nightingale attire for a striking robe of persimmon and gold.
The meeting began with the pricking of fingers and the swearing of allegiance to the Camra omerta. Then Deathly Hallows performed the ritual sacrifice of a doeling. Ideally this should be a young virgin from the nearest settlement, but this being Salford, a goat would have to do.

Proceedings then began in earnest. Nominations were first read out and then Deathly Hallows went into a deep trance before practising a form of extispicy. There was a short interval during which Beige Phil kept everyone entertained with some Canaanite humour and then it was back to the serious matter at hand. 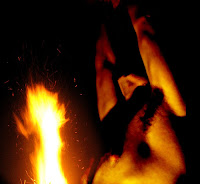 For the second part of the selection process, DH relied on phrenology and his Native American spirit guide to advise the meeting. After a nervous wait, the results were announced by BP with the customary warning that to leak them would result in a Camra fatwa. He then led the meeting in a rousing rendition of Mamma Mia. More goats’ blood was drunk and then it was time to silently slip back into the world above.
So there you have it. When you open the 2011 GBG at Manchester City Centre, you will know exactly how the pubs came to be there.

There are eight million stories in the Naked City. This has been one of them.
Camra GBG Ritual Sacrifice

Anonymous said…
You do realise that if anyone from Camra reads this they will have to kill you?
15 February 2010 at 14:56

Captain Jack said…
That's a real eye opener.To be honest I thought Camra would be really boring bastards but sounds like a fun night!
15 February 2010 at 16:51

Mr T said…
Amazing.I always thought Camra were a bunch of shifty devil worshippers and now we have the proof.
15 February 2010 at 19:46

Paul Bailey said…
And there was me thinking it was just a case of which pubs could offer the most free drinks to local CAMRA members!!

Bailey said…
We were in a pub the other night sharing a table with two blokes conducting some kind of survey for the GBG. They were taking lots of notes and moaning about how a landlord of their acquaintance had torn them off a strip or two when he'd caught them in Wetherspoons instead of supporting their local independent pub. Most entertaining.
15 February 2010 at 22:58

Barry said…
Quite an eye opener. No wonder Tandleman keeps quiet about it.Being a fan of the Marble,I'm dying to know,did it get in?
16 February 2010 at 10:24

I couldn't possibly somment, but what do you think?

Anonymous said…
This is an old posting now and the first time I've seen it.

I won't offend you with my humour as I've see Tandleman's blog for the first tine.