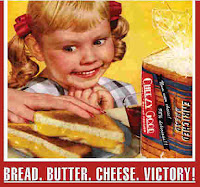 It’s not just cask beer that has been given a boost this week. There’s also good news for cheese makers just as we celebrate British Cheese Week. Sales are up and the export market for Britain’s greatest cultural achievement (outside of beer, naturally) continues to grow.

The main driving force behind this growth would, at first glance, appear unusual. But the figures speak for themselves: Exports to Germany totalled £392 million in the first half of this year, compared with £326 million for the same period in 2009.

The reason for this growth has been attributed to the growing interest amongst consumers for local produce and thereby countries that have a history of producing certain food.

Germany does not have a large cheese making tradition and has long imported cheese from France, Switzerland and the Netherlands. However, their taste for Cheddar and blue cheeses has led them to swap allegiances.

The growing interest in local produce may also explain why countries, such as France and the Netherlands, who have a strong cheese making tradition, bucked the trend and saw a decline in British exports. However, an 8% rise to £290 million for Spanish sales still ensured a healthy export credit.

So the answer to the question: “More cheese, Gromit?” is a resounding yes!
British Cheese Week Cheese Exports

Barry M said…
I think my son and I have accounted for a large part of that upswing in German consumption of Cheddar :D I'm pretty disappointed with the normal cheese selection since moving here. Mostly fairly bland :(
29 September 2010 at 17:04