Showing posts from February, 2013
Show All

Arbor Ales are a well-respected Bristol brewery with a growing reputation for quality beers. I’ve had the odd one or two of theirs on draft and always found them excellent, so I was particularly looking forward to trying this bottled sample.
It’s part of their single hop series and comes in a 6.5%, bottle-conditioned, 500ml format. It poured a healthy golden colour with excellent carbonation and a small off-white head. The aroma was an odoriferous delight: a very pungent mix of grapefruit, lemon and pine.
The taste followed on from this with clean, crisp flavours. Dare we say zesty? It’s certainly packed full of lemon, grapefruit, pine, mandarin peel and a spicy bitterness. Lots of bitterness, in fact. It really builds up into something of a crescendo of a dry aftertaste that stays with you for quite awhile.
This is a top-drawer beer, made even more impressive by being bottle-conditioned. They’ve really captured Chinook’s greatness here and it’s like rubbing your face in a hop bale. One …
Post a comment
Read more 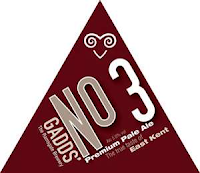 The last Monday of the month usually sees a meet the brewer event at Port Street Beer House. And last night proved no exception with Eddie and John from Gadds taking turns to entertain the expectant throng. At heart, Eddie is a traditionalist in terms of production and marketplace. That’s not to say Gadds don’t experiment-they do-but Eddie’s passion for local, fresh beer for local people came through loud and clear. As did his love for the East Kent Golding: not to be confused with any other Golding, but that’s a whole other story.
And if you’re wondered why some of their beers are numbered, well the wife’s a mathematician and naming beers is boring, right?!
Seassider A 4.3% amber coloured session Bitter made with lots of Goldings and a little crystal malt.
Gadds No 3 A 5% premium Pale Ale inspired by Sierra Nevada.
Oatmeal Stout This 4.6% Stout uses natural crushed oats and Fuggles hops to create a quite smooth drinking experience. My favourite of the night.
Kent Pale Ale A 6.5% beer that is…
5 comments
Read more 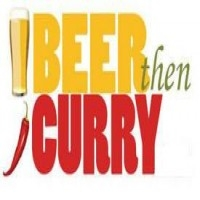 A local takeaway has failed in its attempt to be allowed to deliver alcohol to customers between 11pm and 3am. Currently, Tony’s Curry Pot is licensed to sell booze between 2300-0500 but only to customers who purchase their food in person. Owner Adnan Javed sought to extend this service to those who prefer their late night fine-dining experience to be delivered to the doorstep.
However, the owner of the Haymarket Street shop was to be disappointed. After hearing objections from the police and healthcare bosses, Bury licensing committee rejected the application. Committee member, Clr Alan Mathews said: “We’ve never had an application like this before and it did provoke a lot of concerns.”
One of the concerns was apparently that they feared that delivering alcohol to homes could lead to arguments between the driver and the customer. Mr Mathews also added that “There would also be issues around domestic violence, the safety of children and general health if people with alcohol abuse proble…
4 comments
Read more 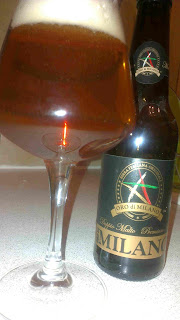 Think of Italy and what comes to mind? Cheese obviously, well it does for me, anyway. But the land of Berlusconi has more to offer than pizza. Yes, apparently, it does beer as well. Now I’ve heard they produce the odd bit of wine, but beer, come on? Actually they have a growing reputation as a beer producer, hence this sampling.
It’s a 330ml bottle with an abv of 6.5%. It poured with an appealing clear amber hue and a medium off-white head. The aroma was subtle: mainly malt with a touch of honey. The beer itself was medium bodied and well balanced. A little bit of sweet malt as you’d expect up front, but then berried fruit and good lasting dryness in the aftertaste.
With this being a double malt beer, I had few hopes of liking it. However, I was pleasantly surprised. It’s supposed to be Belgian in style and whilst I’m not sure about that, it’s a well structured and flavoursome beer. As usual the acid test is the Tyson drinkability factor. And on that, it scores very well.
Post a comment
Read more

Just a quick note to congratulate the organisers of the second Ramsbottom RNLI beer festival which took place last weekend. Building on the success of last year’s event, they tweaked it to make it even better this time. Judging beer quantities is difficult at festivals, particularly the first event and last year there were complaints that the beer had run out too early on Saturday. This year extra beer was ordered and there was still a good selection on Saturday evening.
The format is simple, but effective. Fifty beers (there was cider as well this year) served through handpull and in oversized, lined glasses. And at £2.40 a pint, punters were paying less than in the pub, which is unusual and not unwelcome. Ramsbottom Civic Hall is an excellent venue, so that helps, but the most important part is that all profits go to the RNLI. Last year £1600 was raised and it’s hoped that this year that total will be beaten.
Tyson’s top tipple: Brewsters Wicked Women.
Post a comment
Read more 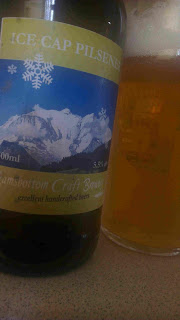 We’re coming over all Bohemian today with this Czech style offering from Bury’s most innovative brewery. Pilsner (yes, I prefer the alternate spelling) is a deceptively simple style of beer. Deceptive because many brewers fail to get the basics right and end up producing a pale(yes, really) imitation of a true Pilsner.
This is a bottle-conditioned, 500ml specimen and, coming in at 5.5%, technically counts as an export strength style. It poured a pleasingly (I know it’s almost heresy these days) clear golden with excellent condition and a large white head.
The aroma was subdued; a little floral and bready. As usual with RCB beers, the alcohol was quite well hidden and flavours crisp on the tongue. These consisted of a good malt Pilsner backbone overlaid with floral, almost grassy tones and a medium dry aftertaste.
I have to say that, at this strength and lacking any buttery or bittering characteristics, this doesn’t work as a Pilsner for me. However, it’s a perfectly acceptable stronger …
Post a comment
Read more

We were treated to a very special meet the brewer event at Port Street Beer House the other night. On a flying visit to the UK to judge in the International Brewing Awards in Burton-on-Trent, Hans-Peter Drexler, brewer at world famous Schneider-Weisse found time to keep us entertained.
And entertain us he did. With 30 years in the business, he knows a thing or two about the industry and beer generally; as well as possessing an unrivalled knowledge of wheat beer. Topics covered included the conservatism of Bavarian drinkers, the threat from the off-trade and what the future holds.
Of course, some beer was sampled. There were seven samples in all, coupled with German sausages and sauerkraut and finished off with smoked cheese.
Original Most people come to Schneider-Weisse in Britain via the Kristall variety but this is where it all started. Twenty years ago, this was still accounting for over 90% of sales. Mahogany coloured, it’s a very pleasant mix of banana, nutmeg and clove.
Nelson Sau…
2 comments
Read more

Nottingham. Birthplace of such luminaries as Robert Harris, Alan Sillitoe and the great Su Pollard. And a certain gentleman who looked good in Lincoln green and favoured the bow and arrow. Except, of course, he was actually from Yorkshire. Impressive as those claims to fame are, however, its appeal to drinkers is the number of hostelries offering a drop or two of real ale.
So it was that a group of CAMRA merry men (and women) made the pilgrimage to beer pastures anew. First stop was the Canalhouse, based, unsurprisingly, on Canal Street. This opened in 2000 on the lower floors of the former Canal Museum. It’s a cracking and unusual Castle Rock pub where the adjacent canal actually extends inside the building, complete with resident narrow boats.
Our next stop was to be the Trent Navigation Inn. However, local knowledge warned us against this as it would be packed full of football supporters on the way to the match. No problem, it was onwards and up to the Keans Head opposite St Mary’s C…
2 comments
Read more

A little history lesson before today’s beer tasting. The Whitbread Golding hop was developed by Edward Albert White of Yalding, Kent in 1911. When he retired in 1920, the farm he had bred it on was bought by Whitbread Brewery. Shamefully they didn’t recognise Mr White’s place in hop history and that is why it bears their name and not his. This beer is named in his honour.
It’s a 500ml bottle-conditioned specimen and comes in at 4.6%. It poured pale amber with good carbonation and a large, fluffy white head. The aroma was a little floral with perhaps a hint of lemon. Taste wise: it was a subtle mix of floral and herbal tones that led to a medium-dry finish. I’ve had this on cask and enjoyed it .While the bottled version isn’t as crisp, it’s still an enjoyable, easy drinking session beer.
1 comment
Read more 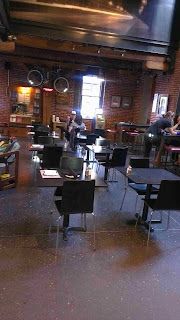 The Northwest of Portland is undoubtedly the richest part of town in terms of brewing history. The Widmer brothers started out here trying to sell Altbier before creating a Hefeweizen that became an American standard. And then there’s Henry Weinhard’s, the famous Portland brewery that shut in 1999 after 135 years of beer production. The brewery may be gone, but the name lives on in the form of Henry’s 12th Street Tavern. This resides on the site of the former brewery’s power house.
Henry’s is a huge, two-storey, rambling pub and restaurant. They boast 100 beers and ciders on tap, but be warned: they haven’t got time for you to idly wile away the hours with samplers. Whatever you want, you’ll be expected to have a pint of it. Portlanders love their sport and this place can get busy when big games are on. Which, in Portland, seems most evenings, to be honest. Best time to visit: Sunday, when it’s happy hour all day.
If you’re Downtown, you simply have to visit Bailey’s Taproom. Being Br…
Post a comment
Read more
More posts