November 03, 2017
St Helens is a large town in Merseyside that is, dare we say, considered a little dull. Until recently its only real claim to beery fame was as the birthplace of Greenall Whitley. But that's all changed. Along with many other seemingly unlikely destinations, it has reinvented itself as a real ale trail. Now some people get to review Michelin starred restaurants whilst others get invited to judge fine wine. And then there are those who get to spend a rainy day in St Helens so that you, dear reader, don't have to.

The crawl is pretty straightforward; radiating from the station and round until you are back at the Central Station again. For brevity, I'll just concentrate on the ones that seem worth a comment, good or bad. 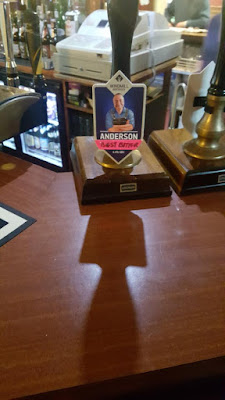 Handy for the station is the George which, unsurprisingly, is on George St. This two-roomed street corner boozer usually sells two local beers, although only one was on at opening time when we called. The very friendly barmaid was apologetic and pulled some beer through before serving us the Wigan brewed Windmill Anderson Best Bitter. Nothing wrong with the condition but this was pretty standard fare that left the tasting panel less than impressed. 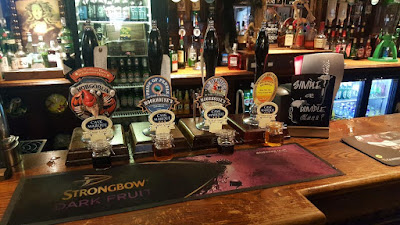 The Sefton (don't forget your CAMRA discount) on Baldwin St had a strangely familiar look to it. It's a large, one-roomed pub, that doesn't even pretend to be anything but a Spoons clone. Even down to the Fish Friday etc menu. Four beers on here with a welcome outing for George Wright. The Market Tavern was also another large open plan affair but aimed at a sporting clientèle, judging by the number of large screen TVs. 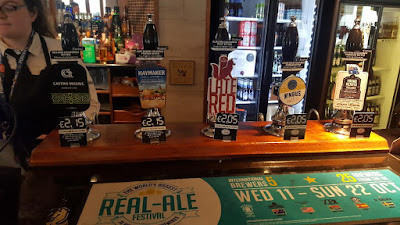 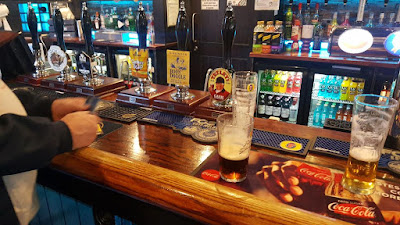 There ain't nothing like the real thing: as someone once said. So, if you want a Spoons, go to a Spoons. The Glass House is, yes you guessed it, yet another large one-roomed pub that is done up in the usual modern Spoons style. Nothing wrong with the beer here with both Castro Mosaic and Nimbus being worth a pint each. The other Spoons-Running Horses-being a Lloyds was more restricted in its beer choice. 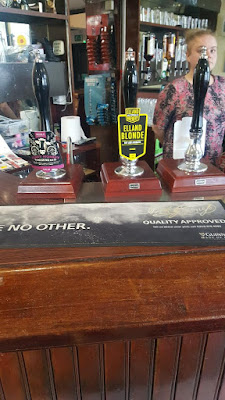 The Phoenix (CAMRA discount) on the edge of town is worth the walk out for. What CAMRA would describe as a “community local” translates to a traditional two-roomed layout with some nice mosaic tiling. Appearances can be deceptive and tucked away here are six beers; with Elland being on particular form. 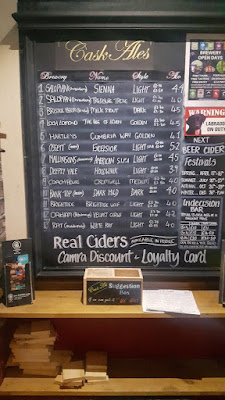 We hit the mother lode at the next stop. The Cricketers is a multi-award winning pub that lived up to its reputation. Yes it had a great range of beers. Yes it had the always welcome CAMRA discount but most of all, it had a great buzz about it. You soon become drawn into the locals conversations. Of course, such a place holds many a danger for the imbibing man. One becomes two, becomes three and, before you know it, you are soon blown off piste and are on the piste. I begged to leave several times but with the Oberst leading several renditions of Ein Prosit, there was little chance of that. 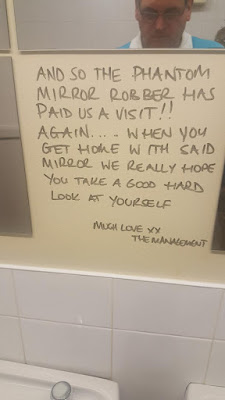 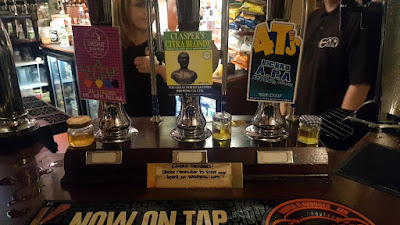 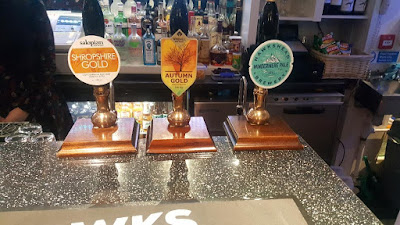 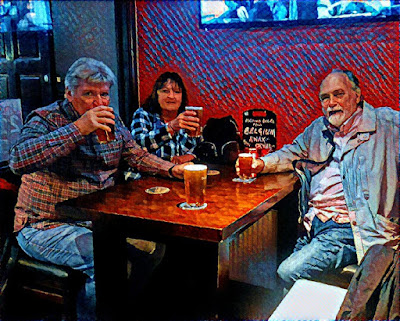 Another fine establishment was the Talbot Ale House. Breaking the one-roomed theme (hooray) it also offered a range of beers that required more than one sampling. From here you're only a politicians grope away from the News Room. This is a smart, cosy, micropub that delivered an excellent pint of Windermere Pale. So good that, well you get the picture. 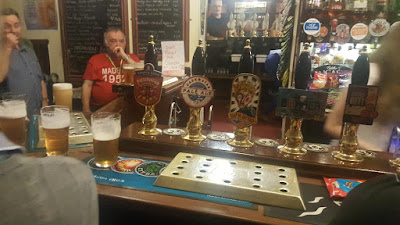 Luckily the final stop was only a short stagger away. The Turks Head is a former CAMRA National Pub of the Year runner-up and is a cracking watering hole offering some 15 beers. Plenty of good stuff to go at here with Oakham being my favourite. A quick check of the clock revealed that there was just time to get the penultimate train out of town and so a quick dash to the station was in order.

All in all, a very enjoyable day with some fine ale and company.
St Helens

Tabitha said…
Great roundup! Always good to know where you can use your CAMRA membership around the country!
10 November 2017 at 19:01