November 19, 2017
Underneath a market hall might not seem the most likely place to find a decent watering hole, but in Wroclaw it is. Upstairs is a run-of-the-mill market, albeit with some impressive bulbous mushrooms. But downstairs is Targowa, a 12 tap little hideaway. Some very decent stuff on here again: New England Pale being good, as was the American Pale Ale. The Habanero Oatmeal Stout, however, was something of a one-trick gimmick that quickly outstayed its welcome. 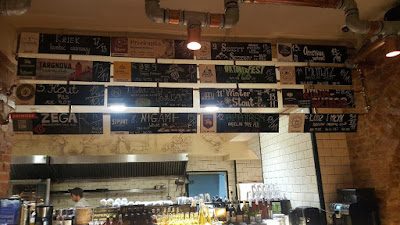 On the other side of town is Browar Stu Mostow: the Brewery of a Hundred Bridges. The idea being that beer can bridge the gap between people, countries etc. I like that idea and Stu Mostow itself bridges the gap between the old neighbourhood it's in and its ultra-modern design. A large brewing setup downstairs is complemented by a surprisingly small bar area upstairs. 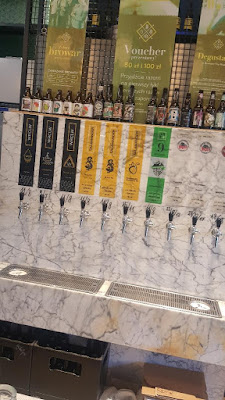 Now, being the sensible beerhound that I am, I suggested small measures as there were a few to try and it was going to be a long day. However, this was met by derisory shouts of “duzy, duzy” by the gaffer and so began a long and slippery road. 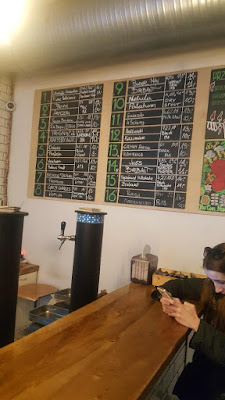 Back to the other side of town and a visit to 4Hops. This is a minimalistic, very hip, one-roomed, bar that shows live football; something you won't generally catch the specialist beer joints over here doing. Now it's not often that I find myself wishing that I had a bear or donkey with me, but I would have liked to put their notice that they were “dog, bear and donkey friendly” to the test. 16 beers on here and, just to show that bad beer is universal, a few of the local beers we tried were a bit duff. 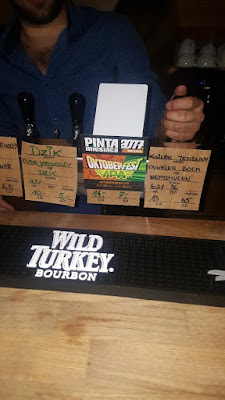 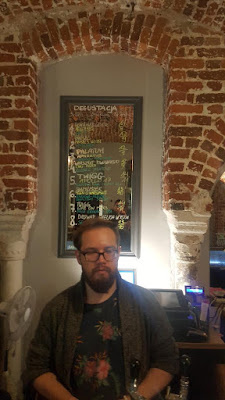 Two places handily located next door to each other are Graciarnia Pizza and Marynka Aperitivo. The former, as you might surmise from the name, is a long, narrow, bar that specialises in pizza and beer. The perfect combination, you might say. Marynka is a small, no-nonsense beer bar. Perhaps going a bit too far down the American route as this was one of those places that doesn't bother to list a beer's abv. Still I found the Palatum Aparatus APA (5.1% BTW) a very acceptable drink. 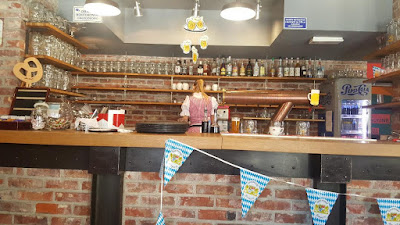 Of the rest, Kontynuacja was the standout; with a very enticing beer selection and the Stacja was a lively pub with some decent (I think?) Czech stuff on. Service at Pod Gryfami was very slow despite its reputation and lack of customers at the time, Then there was the two-storey German bierhaus that was a little too keen on oompah music but did serve a reasonable Pils. And then there were the bottle shops which sadly I didn't get time to do justice to. As usual, so much beer, too little time.

In summary: Wroclaw lives up to its reputation as a little cultural gem that delivers on the beer front.