October 11, 2018
All roads lead to Chesterfield. Actually no they don't, but that's what the locals say. Actually they say that all roads lead out of Chesterfield but, for the sake of literary licence, let's pretend otherwise. Chesterfield is the birthplace of such luminaries as Barbara Castle, Sir John Hurt, Spycatcher author Peter Wright and, erm, Princess Di's rock, Paul Burrell. Well you can't win them all.

For our purposes it's fame mainly rests on the Brampton Mile. As the name suggests; this is a mile stretch running on or near to Chatsworth Road that boasts a dozen or so pubs. Of course many towns at one time or another could boast of something similar-locally we had the Rammy Mile-but these are few and far between now. Indeed, according to the locals, the Brampton Mile at one time stretched to 24 pubs but it is still pretty well-endowed. As is Chesterfield as a whole, actually.

Chesterfield was, for some reason, one of the few recommended pub crawls unknown to yours truly, So when I heard that a CAMRA posse was heading out to the range, I saddled up my mule and headed for the Derbyshire hills. The usual hard-bitten beer deperados were out on parade: Jack and Jill, the Wallsend Wonder, the Oberst and Frau Oberst. All kept in order, as usual, by Stopwatch Sid. 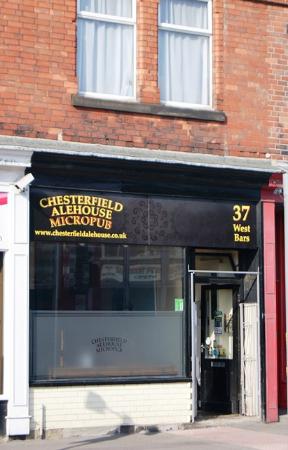 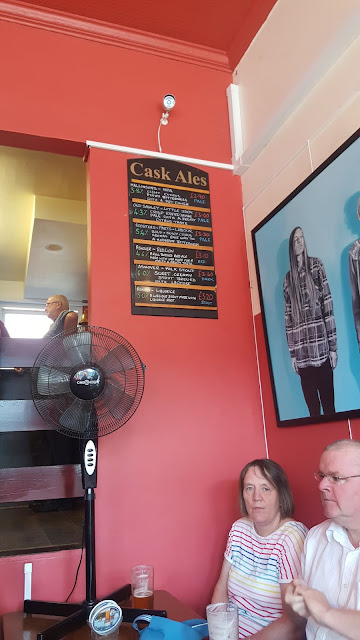 First stop was the Chesterfield Alehouse. This former shop is now a micropub stretched over a small downstairs space, a mezzanine bar and an upstairs room. A great place for a couple of pints although I wouldn't fancy the trek upstairs after a few sherberts. The Roosters was ok-they're certainly not what they were, though, but the Mallinsons really hit the spot. 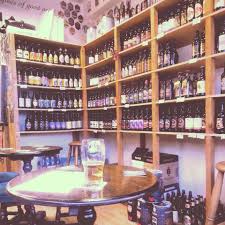 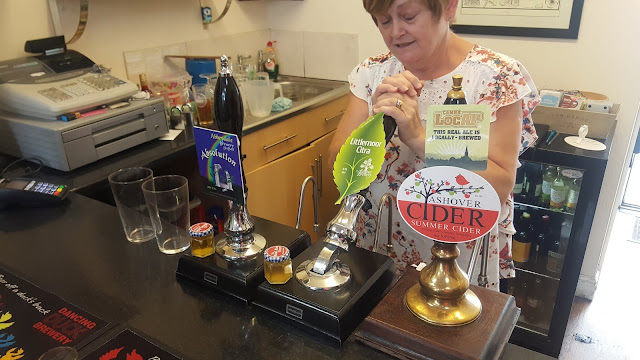 Next up was the start of the Brampton Mile at the Real Ale Corner. This is a cracking little off licence that also offers three draught real ales alongside a veritable cornucopia of bottles. Seating is very limited, although there is a backyard, so get in early. Alan and his wife Pat are great hosts and it would be easy to linger here. But it is the Brampton Mile after all. 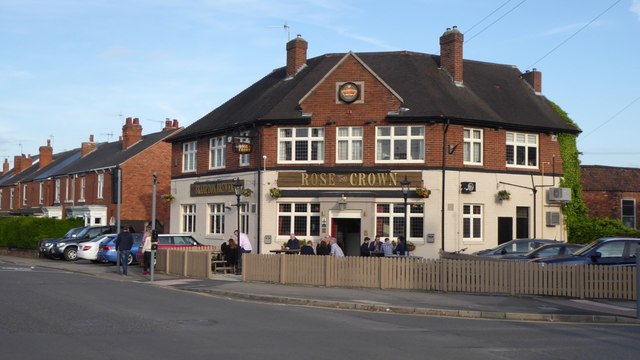 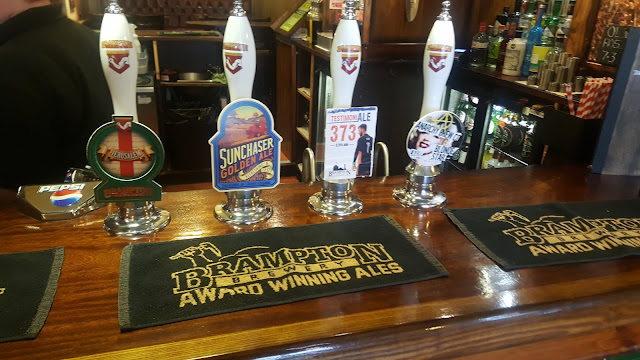 In contrast, the next pub, the Rose & Crown, is a large, traditional, street corner boozer that was the first pub to be acquired by Brampton Brewery in 2009. It's part of the Project William scheme operated by Everards that affords smaller breweries the opportunity to run their own pub. Inside a corner bar gives way to a spacious interior and outside drinking areas at the front and rear. Now Brampton beers are pretty good; so well worth trying here but there are always plenty of interesting guest beers as well. 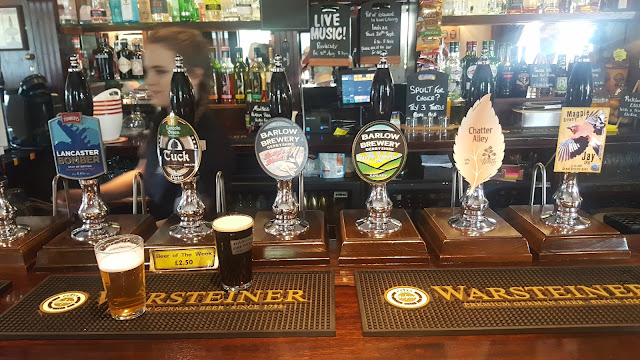 Next up is the Tap House. This is basically one room split by the central bar. It's now the brewery tap of the Barlow Brewery. I have to say that I've never been overly impressed with their output and if you're lucky there will be a decent guest beer on. 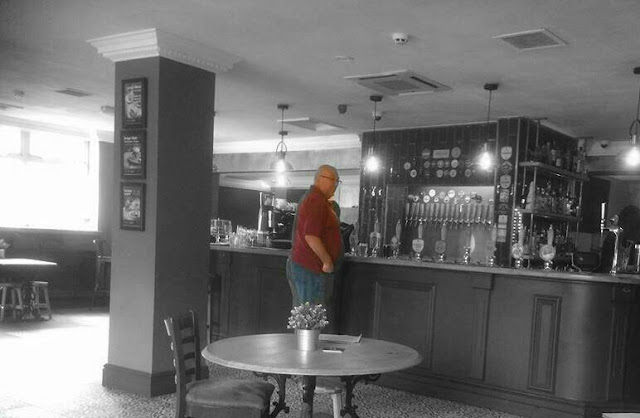 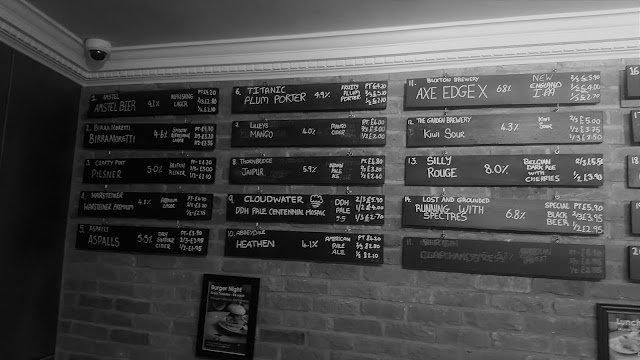 No such problems at the Crafty Dog. This once closed pub has been transformed into a large, modern, showcase for craft beer. The bar faces you as you enter and boasts ten real ales while there is twice that number of keg lines featuring the likes of Cloudwater and Magic Rock. The decor is a mix of light and dark wood and there is a small smoking/al fresco area at the rear. 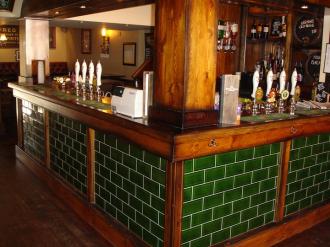 Not far on the other side of Chatsworth Road is the Tramway Tavern. This is another Brampton Brewery pub operating under the Project William scheme. Much smaller in scale than the Rose & Crown, its central bar still manages to have eight real ales on. 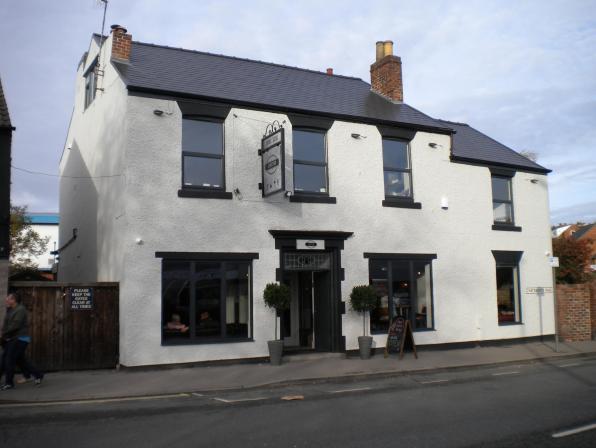 Getting closer to the centre is the Junction. A modern one-room affair with a large outdoor seating area and an on-trend industrial chic bar. Too modern for some: a "poncy posing palace" was one quote, but it does serve five real ales and is doggy friendly. 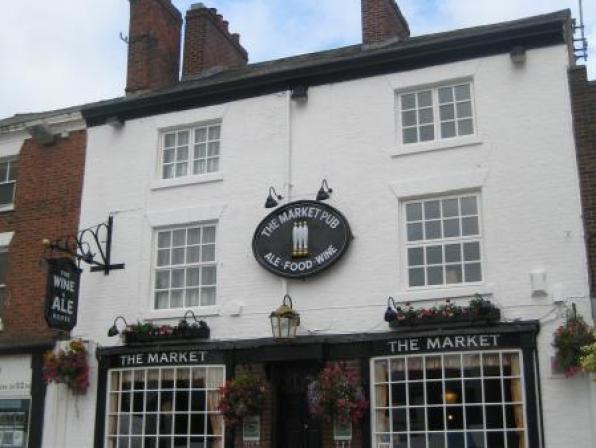 A few minutes walk past the Chesterfield Alehouse is the Portland Hotel. Not one of Tim Martin's finest, it's extremely busy, rather dingy and lacking in the beer department. Compared to the other hostelries in town, it's definitely second rate. Much better and probably the last call before the station is the Market Pub. This L-shaped pub, despite being owned by Greene King, offers five guest beers and if you can bag a window seat, a good spot for people watching. 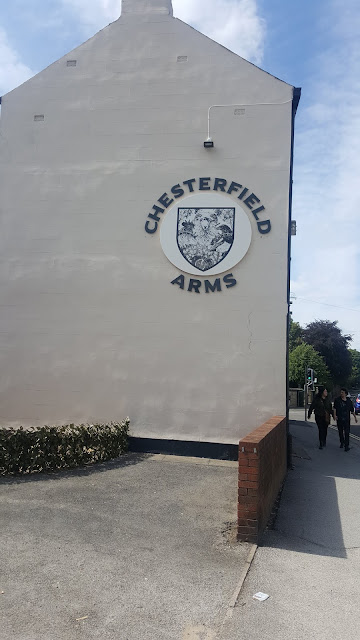 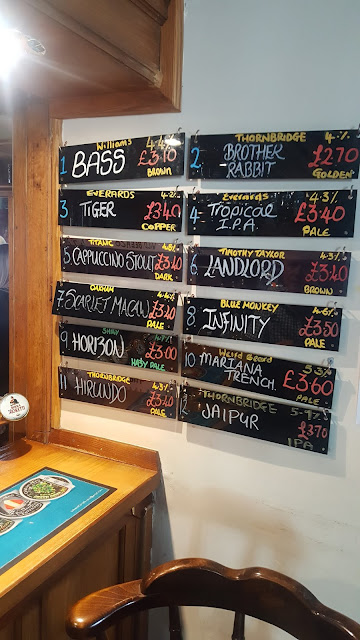 No visit to Chesterfield would be complete  without a visit to the Chesterfield Arms. This long-standing GBG entry is on the other side of town from the Brampton Mile but is well worth making a detour for. Yet another Everards pub that boasts an excellent range of ales with the added bonus of open fires and log burners to give it a very pleasant proper pubby atmosphere.

With its relatively small size and good mix of pubs; Chesterfield delivers on its promise to be one of the best pub crawl adventures.