November 27, 2018
Wyldes sits on the corner of Bolton St and Market Place in the centre of Bury. When it first opened, it was a flagship Holts pub. It sold Mild, Bitter and, revolutionary for the time, guest beers. It offered all day dining and sports TV. However, the wheels soon began to come off. The guest beers were too expensive for the regular Holts drinkers and quality suffered. This in turn deterred the casual drinker from going in and slowly both Mild and the guest beers disappeared from the bar. 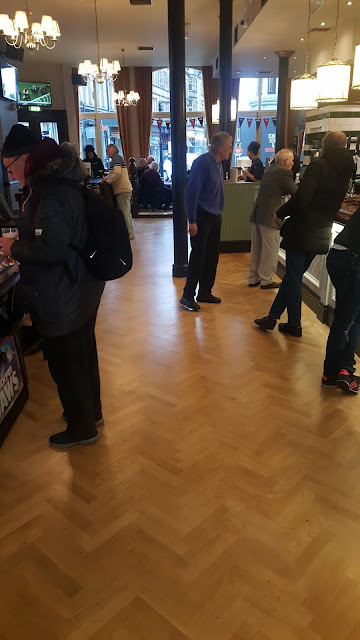 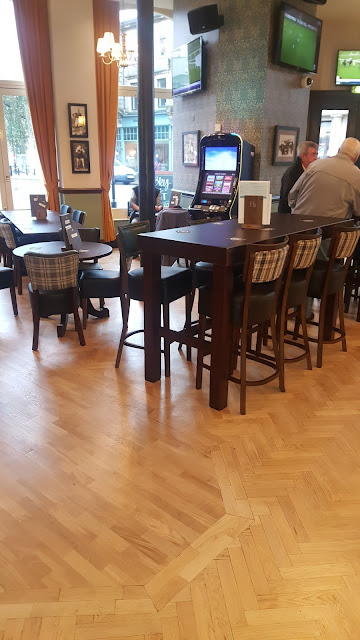 Now however; as part of Holts estate refurbishment, it has had a long overdue makeover and reopened last week. On the face of it nothing much appears to have changed: the layout is the same. But a closer look reveals where the money has gone. Decor has been overhauled with new furnishings and lighting. There are now booths by the TV and the dark back corner is now brightly illuminated. Oh and the large main TV now boasts a decent picture. 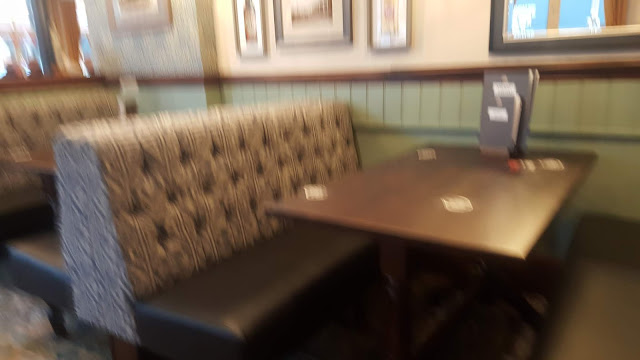 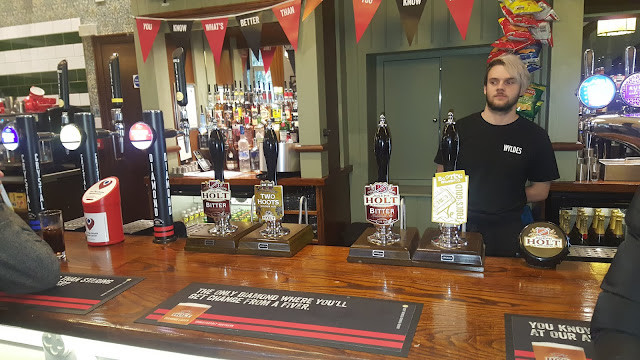 But the makeover goes a little deeper than that. The menu has been overhauled with an on-trend pizza station installed and, catering for the local palate, offers such delicacies as Bury black pudding pizza. Another nod to the times is the inclusion of gin and rum menus. Most importantly, the beer range has been expanded to include Bitter, Two Hoots and one of the Bootleg range.

So overall the place is looking much better than it has for a long time. It now just needs the regular custom to sustain it. The run up to Christmas will no doubt be busy but the real test will come in the new year.