July 15, 2019
The Calder Valley Ale Trail is an alternative to the now rather toxic TransPennine Real Ale Trail. This one takes in the Manchester-Halifax line and in many ways offers a superior experience. Some stops can easily be combined into a mini-crawl: Sowerby and Hebden Bridge, for example. But to do the mighty Halifax justice as well really requires a separate visit. That is if you take your drinking seriously, of course. 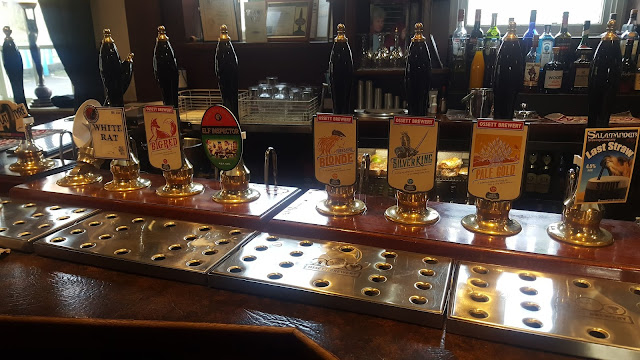 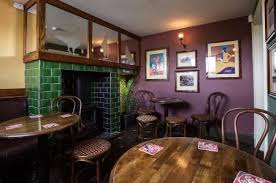 Halifax is an ideal crawl really. Plenty of pubs offering plenty of variety and it's compact. Meaning even decrepit CAMRA types can manage it. A good starting off point is the Three Pigeons, just outside of the town centre. This a striking 1930's Art Deco affair which could be quite rightly labelled a “proper boozer”. Multi-roomed; it combines many of the fine features a public house should have. And there is a fine selection of Ossett beers in case you are thirsty as well. 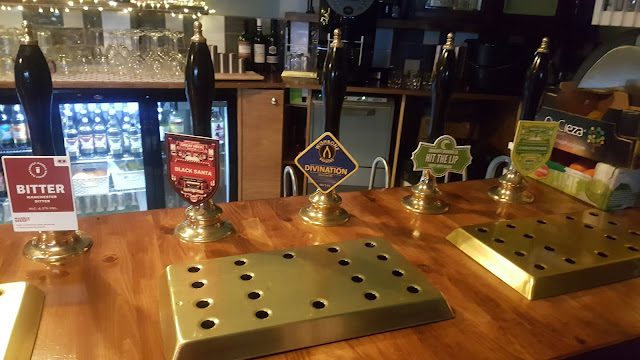 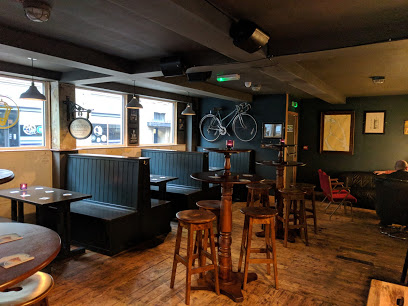 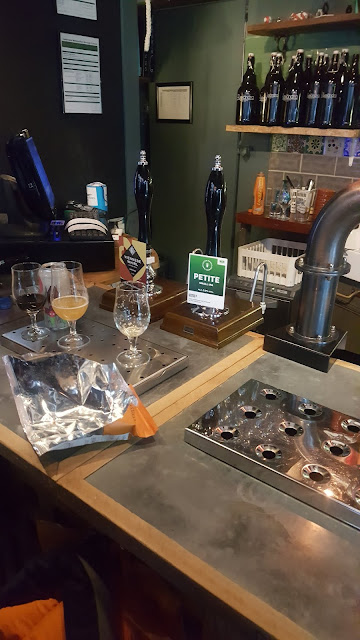 Next up was the Lantern on Alexandra Street. This is a modern, quirky (check out the bike on the wall) rectangular bar with four tempting real ales. Eschewing the rather obvious Marble, Great Heck did more than an adequate job. Next door is the Alexandra (no idea where that name came from) which is a small micropub that manages to squeeze a little more room in upstairs. There was some excellent Marble Petite to be had here. 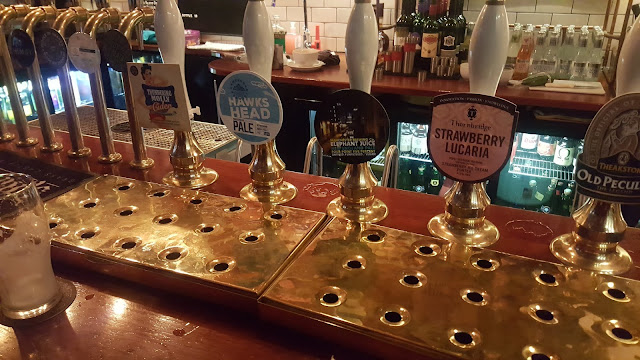 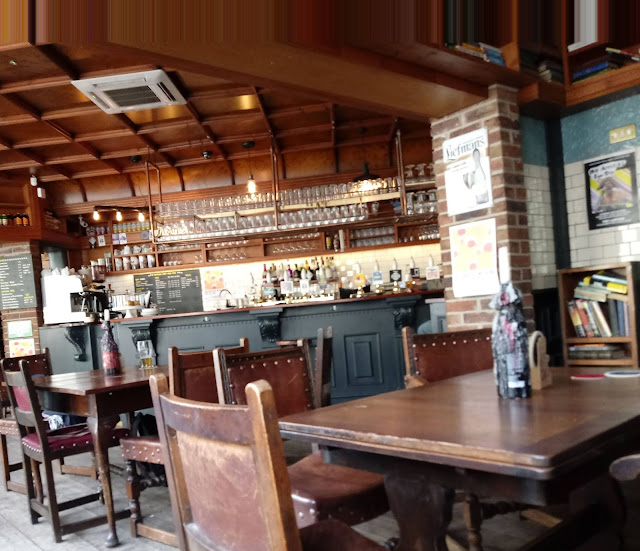 The Victorian Craft Beer Cafe is another successful pub conversion. This former Italian restaurant is now a very popular beer destination offering eight handpulls and eighteen keg choices. What strikes you here is not necessarilly the quantity of available beer, but the quality. Vocation, Squawk, Hawkshead, Thornbridge to name but a few. One pint here was never going to be enough and there was a smell of mutiny in the air with “Do we have to move on?” being muttered after the third one went down. 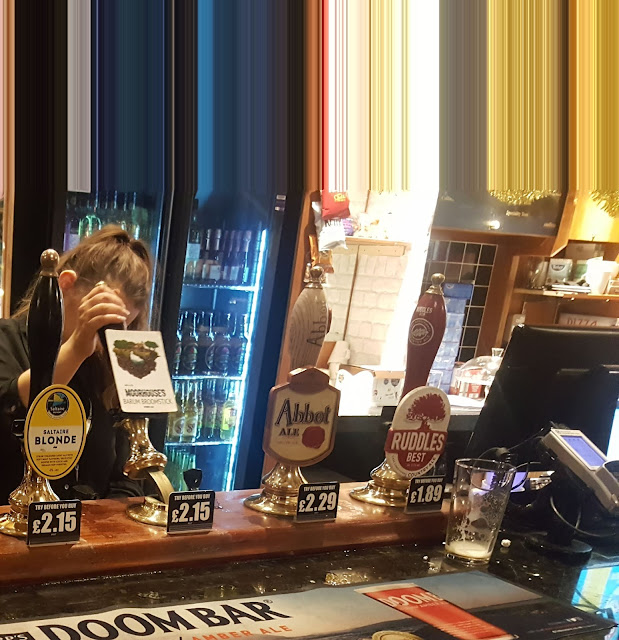 Of course the only way to deal with disquiet in the ranks is to quash it immediately. So we pushed on to the Barum Top. This was a cheap and cheerful Spoons stop with just time to take in a Saltaire Blonde. Yet another micropub awaited us at the Grayston Unity. Apparently officially the UK's smallest music venue, it manages to squeeze in a small front bar area and a cosy side room. Some people took the opportunity to break ranks and grab a pie from the bar. 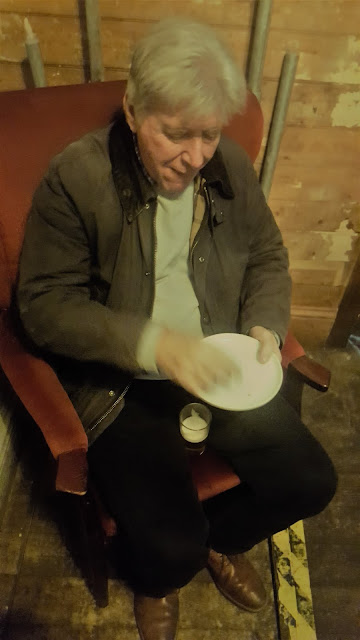 Sadly our next micropub stop-the Pump Room-has since closed. I'm told this had nothing to do with our visit and that's the story I'm sticking with. This one-roomed former Army recruitment office was named after the legendary free house that used to stand on New Road. I enjoyed many a good pint in there and it was great to see some of the old pub's memorabilia on show here. 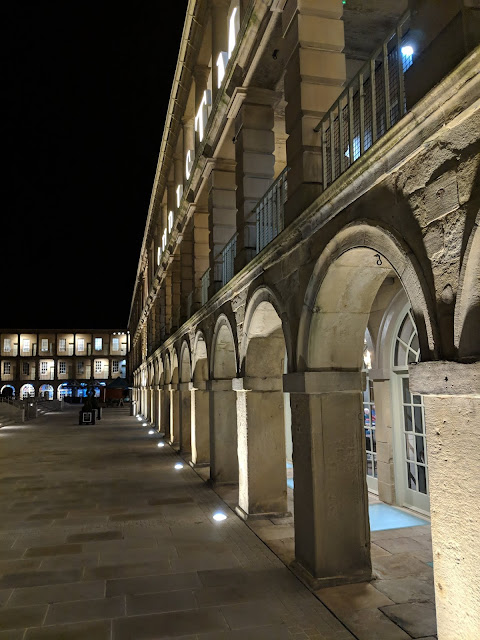 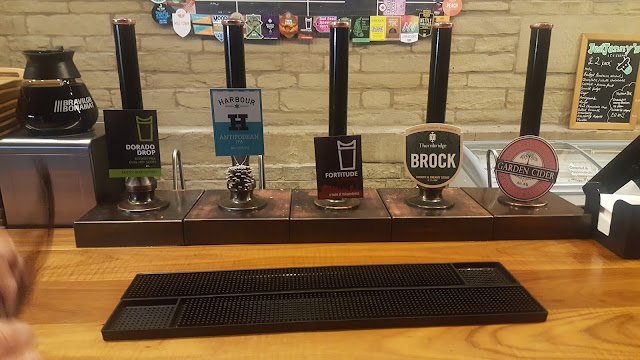 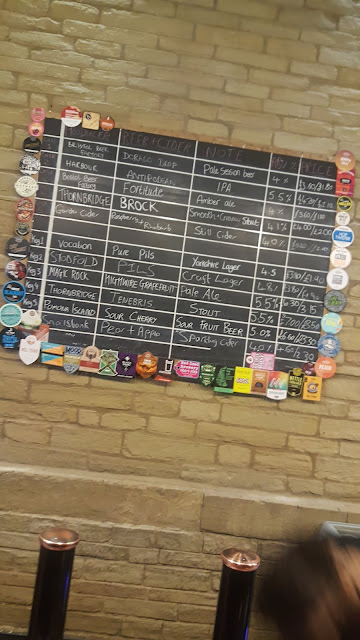 Handily placed for the train was the final stop: the Square Chapel & Bar. This impressive listed building boasts a cafe in the extension to the original chapel. And whilst micropubs are all very well, sometimes you appreciate the room to spread out. This is a sleek and uber-modern venue that doesn't disappoint on the beer front either. Can we have one on the right side of the Pennines, please?

So a very enjoyable Sunday out. In fact I believe Fleet St Phil has sequestered the evidence away possibly to use in a Sunday Sport exclusive. Halifax has plenty to offer the curious drinker and I'm afraid puts many of its Lancashire rivals to shame.