Some folk may indeed think it is a long way to go, but the trip up to the valley that time forgot isn't actually that far. You only have to witness the raiding parties of East Lancs shoppers pouring into Bury on market days to realise that. So it seemed only fair to send a few missionaries the other way. The spur was the opening of a nano-bar on Rawtenstall market. Without the restrictive stranglehold of two Wetherspoons that afflicts Bury; Rawtenstall has seen a remarkable growth in small, independent beer outlets. And after 6pm a 1 Day Go Rosendale bus saver ticket is only £3. So after a few warm up libations in Bury, we were valley bound 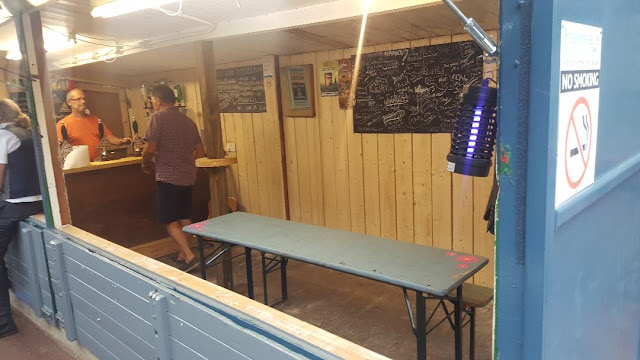 First stop for many is the Buffer Stops adjacent to the ELR station. This is the sister pub of the Trackside and whilst it has been good in the past, like the TS it has been more patchy in recent times. So we pushed onto the Cabin. This is the self-described nano-bar on the market and is operated by Three Valleys Brewery of Todmorden. A cracking little place that is open all day Thurs-Sun. Plastic glasses only at the moment due to the lack of a glasswasher, but that will change in the future. 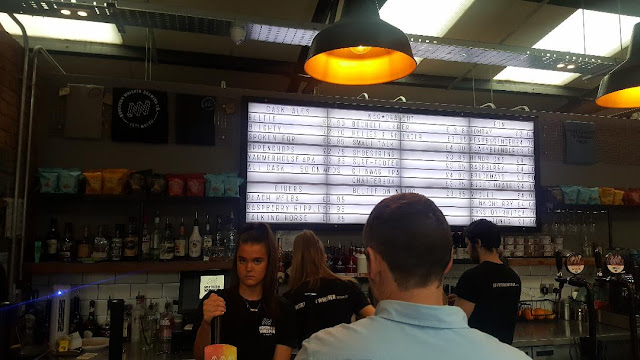 Practically opposite is Northern Whisper which offers a large selection of their own beers on both cask and keg. Nice to see them clearly marked, a la Brewdog, on a large screen but why no abvs? Not far away is the Barrels at the Conservative Club which usually can be relied on for some excellent beer. On this occasion it was Naylors Citradelic which went down very well al fresco style. 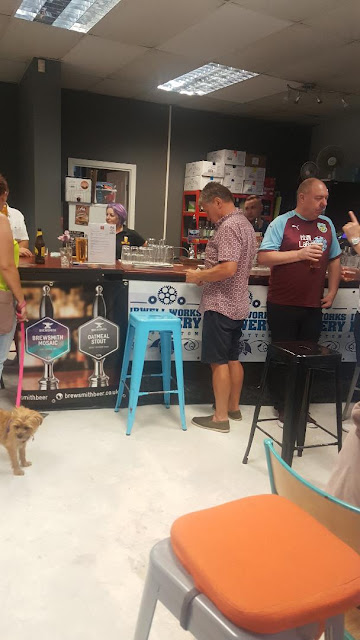 Bank St is well known locally for being the home of the Hop. This micropub is probably the best known in the town, offering half a dozen reasonably priced ales alongside cider and spread out over three levels. However, there is now a new kid on the block. Casked is usually to be found on Bury Road but is closed while they expand into next door. In the meantime they have acquired a temporary home on Bank St. They usually have a dedicated pump for a Brewsmith beer and on this occasion it was the delight that is Brewsmith Gold.

Time restraints meant we had to dash for the last stage out of Dodge but clearly Rawtenstall has a lot to offer the discerning drinker.